Are Ego-Driven Emotions Limiting Your Outlook? 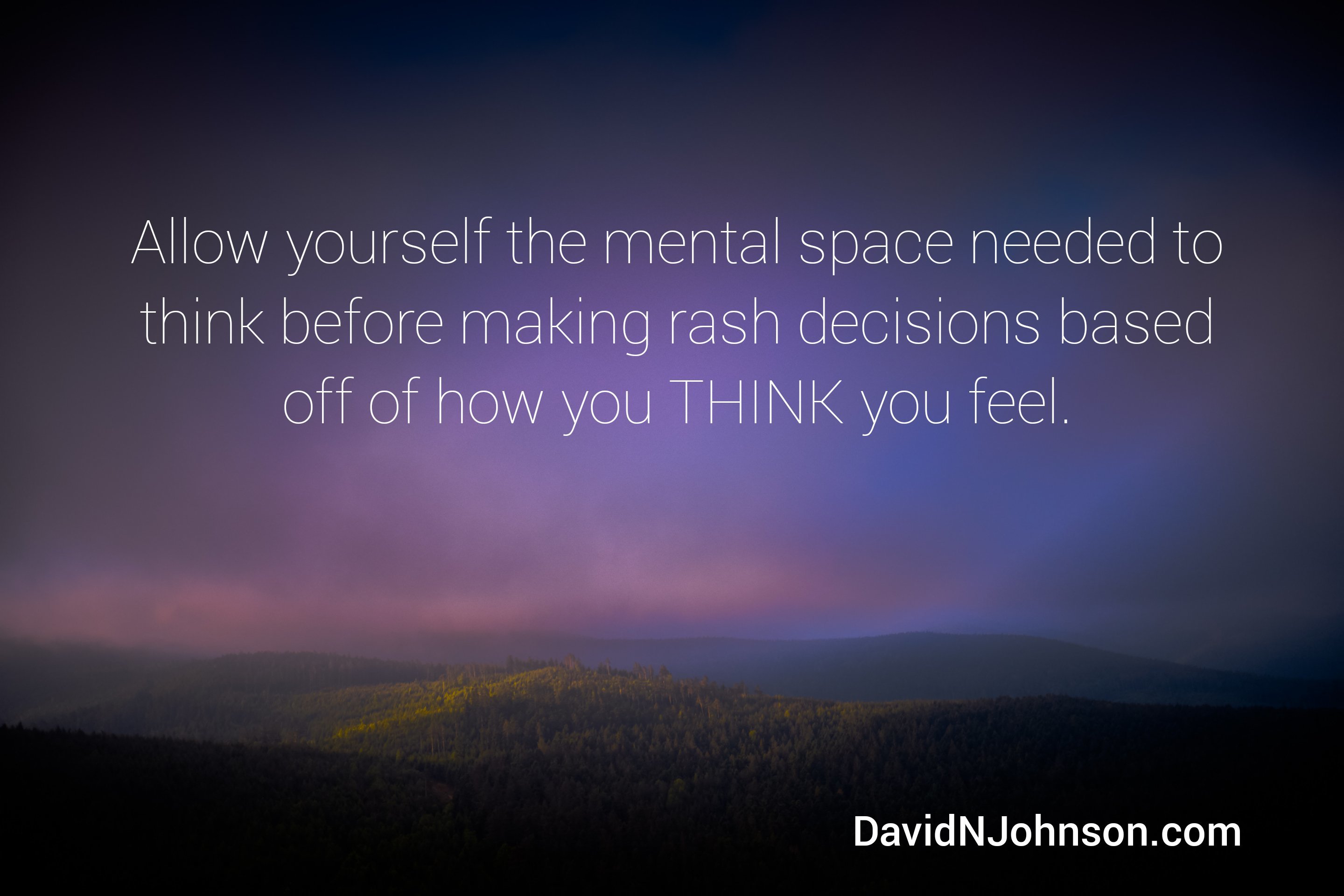 Many times the emotions we feel are nothing more than our subconscious minds desire to protect us. This is evident with triggers that create fear and our subsequent flight or fight response. But, what about everyday emotions?

We’re emotional creatures. No doubt about that! However, we’re also logical ones. It’s this oxymoronic nature that causes us so much grief and is why we must strive to understand why we feel the way that we do.

On top of being both emotional and logical, all of us have (big) egos. Many times, when we talk about somebody having a big ego, we mean to say that they are full of themselves. While it’s possible to be too full of yourself, we all are to a certain extent.

Our brains are wired for self-perseverance. This is hard-wired into our being and is the very core of who we are as humans. Most people see themselves as good people, or at the very least that they act in accordance to their subconscious self-image of themselves.

All of this is why it’s important to create mental space and ask yourself why you’re feeling a particular emotion. So, back to my question, “what about everyday emotion?”

You can’t always trust that the emotion you’re feeling is the right emotion for every moment. Many times, our egos won’t allow the true emotion to shine because it would go against how we perceive ourselves to be.

For instance, we could be jealous of a particular persons’ success at work and them passing us up for a promotion. But, we feel that envy as anger. It doesn’t allow us to be happy for their success, because we think that their success should be ours.

Since envy doesn’t fit in with how we subconsciously see ourselves, because that would mean that we’re not good enough, we get angry instead. Our ego doesn’t allow for the idea that we’re somehow to blame, so we smooth it over by manufacturing outside reasons why we got passed up. Maybe your co-worker is a brown noser; perhaps it was nepotism or a good old boy thing. Maybe it was because you’re boss doesn’t pay enough attention to the work you do. So, now you’re angry.

You miss how hard your co-worker works. All the extra hours they put in. Why? Because that doesn’t rationalize subconsciously. You didn’t do anything wrong. You’re not to blame. They are.

But, you secretly envy them and how easy they make everything look. This is a secret to even you, so you get angry. You nitpick everything they say. You can’t get passed the idea that they got the promotion and not you. Envy says they have something you don’t. Anger says that you’re better than they are and they did something underhanded to get what they got. In this case, anger is self-perseverance.

You must use that beautiful neocortex of yours and ask yourself why. Why are you feeling the way that you feel? What’s the real reason? Because ego-driven emotions are holding you back. It stops you from achieving your goals by hindering your march forward. If you continually blame outside reasons for your lot in life, then you put the fix outside of yourself.

You have everything you need, right there inside you. Just take the time required to understand human nature and how truly irrational we all are. You won’t ever be able to overcome human nature, but you can slow it down and add logic to your emotions.

Getting to the core reasons why allows you the ability to grow into who you need to be to accomplish your life goals. You’re worth more than your current self, you have so much potential. Stop limiting yourself by letting your emotions run rampant. Seek to understand them and grow.