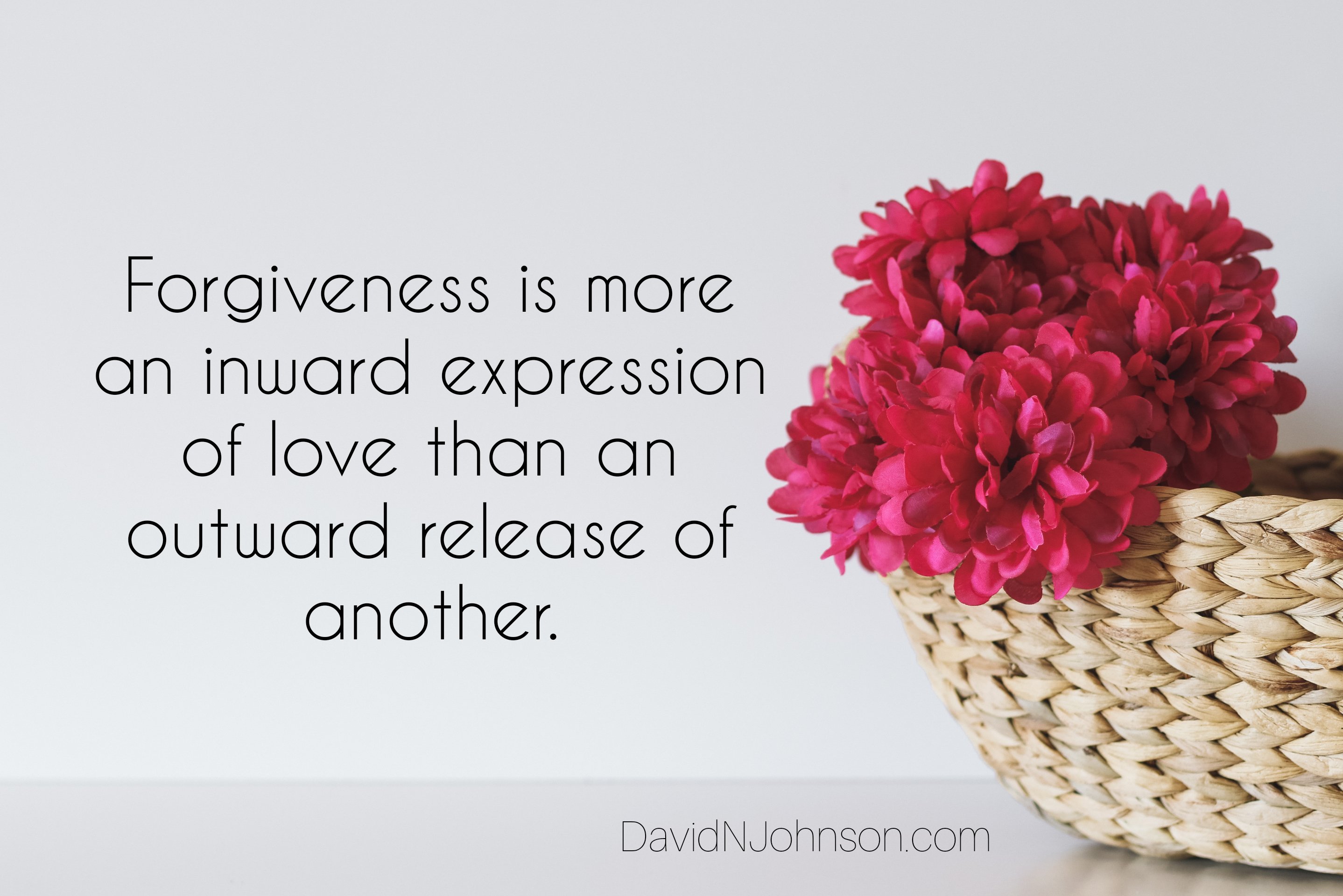 Forgiveness isn’t about the erasure of the wrongdoing; it’s about releasing the anger associated with it.

Until we can forgive, we can’t heal from the trauma of the event. Forgiveness doesn’t mean that you condone what another has done to you, nor does it mean to forget. Instead, it’s the first step towards healing the hurt that we feel inside.

Forgiveness is more an inward expression of love than an outward release of another.

It’s more for your internal welfare than it is a pardon of another. It allows you to heal from the pain, the anger, the resentment, and the thoughts of revenge so that you can focus on the converse: peace, love, and joy.

Forgiveness then is more for the forgiver than it is for the forgiven. That’s not to say there isn’t a benefit for those that we forgive. Often, the transgressor feels remorse for what they have done, and while it’s easy to derive joy from that knowledge, by releasing yourself from the hurt they have caused you, you open up a way for them to heal as well.

To truly forgive, you must also be able to forgive yourself and your role in the event. First, you must understand that you did play a role in what happened. That doesn’t mean you condoned it or were even complicit in what happened, but by the very idea that you were involved means that you must search your heart, name it, and then practice self-forgiveness.

Forgiveness of self and others is about the recovery of your self-worth and the reclamation of the power that was taken from you. It’s about forgiving that part of you that holds onto resentments so that you can transmute your destructive emotions and rise above your fears.

Forgiveness is the practice that opens the window and exposes our wounds to the Light, and it is a practice that, as long as we live in a human skin, we’ll have a need to employ throughout our lives. – Dennis Merritt Jones

Forgiveness isn’t a sign of weakness; it’s a show of strength. It shows that you love yourself enough to put your mental health first. Stop holding on to the emotions that keep you from living the life of your dreams.