The Internal Classification of Others is Limiting Your Worldview 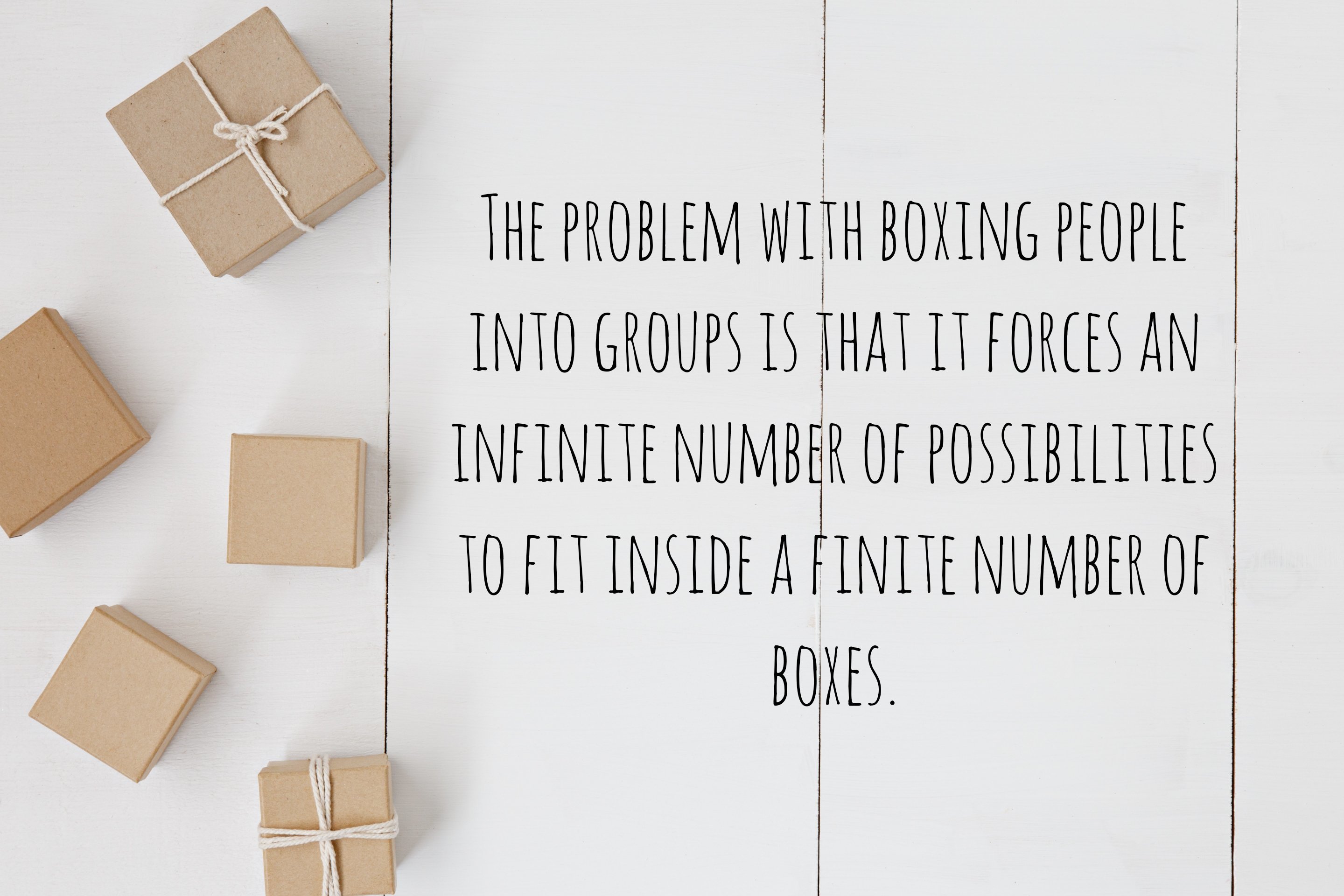 To grasp an idea or the rationalization behind why a particular person does a specific thing, or even the words they use, we must first identify with the person or concept for it to make sense to us.

This inhibits our ability to see the entire picture and form new subsequent thoughts. Our brains are wired to save energy, and as such, it will lump things together. This allows us to see the connections between things, even if those connections are weak. It’s a way to make the unknown known. The problem with this is that it forces an infinite number of possibilities to fit inside a finite number of boxes.

Sometimes these boxes are labeled in such a way that we react negatively to a person or situation because it was placed into one of our finite boxes, even if it doesn’t truly fit. It’s these connections that cause us to jump to conclusions, many times the wrong ones. Or, at the very least, incomplete ones.

These boxes cause us to react a certain way because, depending on the box label, will lead us to hate, bigotry, fear, racism, political bi-partisanship, supremacy thinking, and even genocide. These boxes force us to take away a person’s singularity so that they fit within our own, frequently narrow, world view.

As an example, imagine seeing a middle eastern man wearing a keffiyeh boarding a plane that you’re already on. What are you thinking? Now, imagine hearing him praying out loud in his native tongue, what box do you place him in?

I used this example because it’s easy to see what box most Americans would place him in. Depending on the box, and the labels associated with that box, it could lead to fear, hate, and racism. It’s this compartmentalized thinking that limits the world around us. It prevents us from seeing the above example as an individual. It makes us strip away his identity and group him within our preconceived notions when all he was doing was praying for a safe flight because flying has always scared him.

That’s not to say that our feelings are always wrong; we just need to use logic to understand better why we are narrowing down infinite possibilities into a select few. Just like our brain conserves energy, it’s most important job is security. It makes us particularly sensitive to threats, even when logically, the threat doesn’t make any sense.

The term jumping to conclusions comes to mind and how long some of our jumps can be. This subconscious classification system we give everything is a way of assessing the world around us quickly and efficiently. But, it makes it too easy for us to erase the identity of others and replace it with an easier to grasp group-identity.

That’s where the misunderstandings come from. That’s where hate and bigotry, bipartisanship and misogyny come from. So, slow it down. Give people back their individually, their identity (not the one you classify them with). Create more boxes. Don’t limit the world around you by distorting the truth of things, and the number of boxes in which you place them.

I’m still running these concepts through my head and will no doubt follow this vein of thinking with future posts. In the meantime, ask yourself about your internal classification systems and how they may be limiting your world view.