To Blame Oneself Or Another, That Is The Question 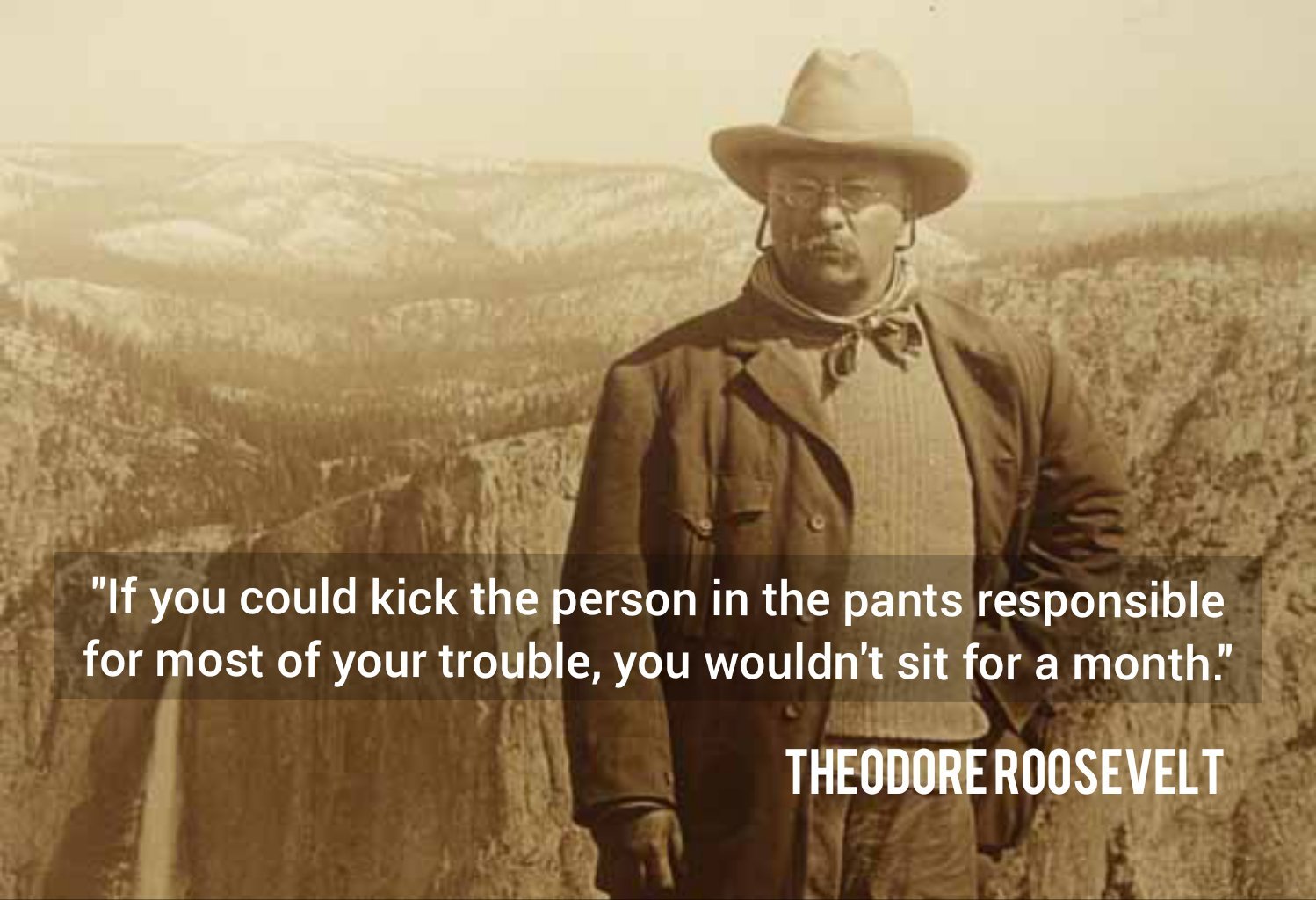 Theodore Roosevelt once said, “if you could kick the person in the pants responsible for most of your trouble, you wouldn’t sit for a month.”

Blaming others is easy. We’re psychologically disposed to look outside ourselves for reasons why we failed at one thing or another. Nobody likes to be the reason for failure, so we fabricate reasons why so that we don’t take the blame on ourselves. Who wants that? Blame on top of failure? Failure is a hard enough pill to swallow! No thank you.

I just had this very conversation with my thirteen-year-old. “Landon, ” I said. “You take away your power to fix it when you erroneously assign blame to somebody else. But, when you take ownership of the mistakes you make by leaving yourself on the hook, you find ways to make sure that it doesn’t happen again. Because, believe me, that hook can be painful!”

Nobody likes to be in pain. We spend our whole lives trying to avoid it. So, when we accept the self-inflicted pain that self-blame brings with it, we put ourselves in the commanding position of being able to overcome almost anything. Uncomfortable? Absolutely! Necessary for the advancement of your life? Yes!

There is a caveat here that I’d like to discuss and that’s taking the blame when it isn’t your fault. Some people blame themselves for everything. They take so much onto themselves that they become depressed, start to feel worthless, and withdraw into themselves. They blame themselves so much that life itself starts to weigh on them. They feel overwhelmed by the weight on their shoulders and stop moving because every step forward is just too painful.

It’s important to know the difference between what I’m talking about. One is about advancement; the other is an ever-growing dead weight that makes it almost impossible to keep moving forward. That’s why it’s important to know when and where to assign blame. And when you assign blame to yourself, understand that it’s done to take ownership of it. Ownership means fixing it. Ownership means accepting that you have faults. Ownership means that it doesn’t have to remain that way. It means that you understand that failure is temporary. Blame forward my friend, blame forward.